A very informative article by Cesar de Castro was recently posted in the New York Law Journal, "Sorting Out the Law on Homicide Prosecutions Against Corporations." which addresses issues concerning corporate homicide prosecution such as workplace fatalities arising from dust explosions. The article mentioned the People v. Warner-Lambertt case where in 1976 a dust explosion at the American Chicle plant in Queens, New York, killed six people and injured 55.

Constable John Petropoulos, a police officer with the Calgary Police Service in Canada, passed away on September 29, 2000 at the age of 32. John passed away in the line of duty while investigating a break & enter complaint. He died from brain injuries sustained after falling through a false ceiling, as there was no safety railing to warn him of the danger. After his death, several of John’s… Continue

I am currently looking for a health and safety position. My last job I left because of a lack of work due to the economic downturn. I have over 16 years of experience in the safety field. I have experience in multiple disciplines. general industry, construction and industrial hygiene. I have my CSP. I live in Indianapolis, IN. I want to stay located here. I am willing to travel state wide, nationally, and internationally. I am looking for a Safety Manager/Director position. Also regional or… Continue

I've recently launched a blog for my client, Proforma Safety, building on our three-year Safety Moments e-newsletter that we distribute to clients worldwide. Whereas in the past we archived e-newsletter issues on our website -- where they were seldom accessed after publication -- we now can publish more frequently, and in a more readable and engaging format.

The blog offers information of interest to safety professionals working in the oil and gas, petrochemical, transportation and… Continue

Kidde Recalls to Replace Fire Extinguishers Due to Failure to Operate


Kidde Recalls to Replace Fire Extinguishers Due to Failure to… Continue

To view the serial numbers that are affected by this recall, please read the company’s press release that is included below.

I've been asked quite a bit, lately, about how our programs keep participants from covering up accidents and incidents out of fear of losing incentives. A lot of programs encourage this activity, but our programs don't. How? Because our programs reward participants on behavioral modifications that include pointing out incidents, the potential for accidents, and the avoidance of accidents.

Our participants gain incentives by being safe and by encouraging others to be safe. Our… Continue

In it, Dave writes, "Going public with your health and safety program must be more than a PR exercise to earn trust and credibility with your target audience(s). Be honest and “real.” Do more than recite dry facts and statistics. Be creative. And show a sincere interest in using your story to help… Continue

No one could figure out what happened. He was just going fishing. It was a beautiful winter day and he knew all the good spots. He had plenty of gas, his boat was in good shape, and he always had the necessary safety equipment on board. Being a retired Navy Boatswains Mate, he knew the water and he knew all about boats. He had won safety awards. His family had no idea what went wrong. I did, even before we started the search.

I don’t remember who spotted him first, but there he was;… Continue

A guy on LinkedIn sent this out..... Very good read.
Top 10 Myths about Sustainability
Even advocates for more responsible, environmentally benign ways of life harbor misunderstandings of what "sustainability" is all about NOTE: You have to paste this link into your browser:
http://www.sciam.com/article.cfm?id=top-10-myths-about-sustainability ------- Have a great day..... … 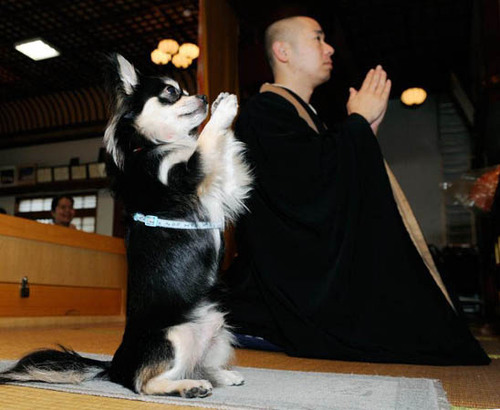 My blog can be found at the following Web address, but can also be accessed at the RSS section on the bottom left of this page.

saftey glasses should be worn in any workplace.it doesnt matter where u work.use proper glasses .

Just wanted to know if any of you from Ohio and surrounding area are going to the Ohio Safety Congress and Expo in Columbus on 3/31/09 - 4/2/09?

"Success" spammer has been banned

To all SafetyCommunity.com members:
We apologize if you were contacted by a spammer on this community. The spammer formerly known as "success" has been banned. If you ever receive spam messages, feel free to contact me and we'll take care of it promptly.

Thanks to all who reported this issue - we appreciate your support of the Online Safety Community.

If you're interested in sustainability, I hope you'll read my blog about sustainability communications and the Three P's of People, Planet, Profit, http://blogs.dix-eaton.com/index.php/three-ps/

NIOSH has recently came out with -Current Intelligence Bulletin 60: Interim Guidance for Medical Screening and Hazard Surveillance for Workers Potentially Exposed to Engineered Nanoparticles- http://www.cdc.gov/niosh/docs/2009-116/#2
With the technology in a state of constant change, what if any precautions, changes or steps is the company that you work for are doing in this area

Heavy Snow and I Couldn't Warn My Neighbor Her House Was Falling Apart...

I recently moved to sunny South Carolina from frigid Minneapolis. It snowed today. REALLY snowed today - that heavy, mushy type of snow that comes down in clumps and looks really pretty until you try to get anywhere in it.

I was removing the snow from the car and preparing to run out for jalapeno chips and milk (not for consumption together) when I heard this loud creaking noise - the kind you hear when a heavy gate swings open in a horror movie and you want to yell "RUN!" at the… Continue

About the CourseJoin this FREE webinar if you are anyone from below:You are a beginner or a fresher who is aspiring to make a dream career in the field of Data Science.You want to learn what you need to do to get a job as a data scientist.You have no prior experience and want to get started with Data Science.You are not sure if you have the right skillset to make it big in the field of Data Science.You want to know top mistakes to avoid and gain edge on your competition.You are looking to gain…See More
36 minutes ago
0 Comments

Australian citizens and permanent residents may apply for a Partner Visa to sponsor their partners. Partner visas are available to couples who are engaged to be married, who are married, or who have been living together in a relationship for at least 12 months. A partner visa offers a path to permanently settle in Australia for their wife or husband, or even same-sex. Many conditions that extend beyond holding a marriage certificate must be met to qualify for a partner visa. One of the most…See More
39 minutes ago
0 Comments

Started by daevenlate. Last reply by Edward 4 hours ago.