The Right Gloves for the Task at Hand

Maintenance workers perform many job tasks. For example, a worker might repair a machine before moving on to diagnose an electrical problem. He may work with conveyance systems or heating and air conditioning units, make structural repairs and perform routine tasks such as cleaning – depending on whether he is skilled or unskilled.

Because of the many tasks that are part of their jobs, maintenance workers often suffer a variety of hand injuries, from cuts and abrasions to punctures…

Equipment and Gear for Optimizing a Vehicle

Getting the most from a Jeep or a light truck depends on properly planning exactly what the vehicle needs to accomplish. The needs of a daily highway driver are far different than those of a rugged off-road crawler. For instance, a vehicle does not need high-grade nerf bars out on the trail, but the…

HERE IT IS! Due to high volume requests, Ward-Allen Publications has switched gears to release this critical compliance volume for the Carpentry Industry. Be the first to have this Trade-Specific guide dedicated to the workers who help shape our nation. …

OSHA’s new historical crane standard is here. This comprehensive collection of regulations has transformed the safety industry by restructuring the way employers conduct crane and derricks operations nationwide. With most employers left in the dark with regards to this new proclamation, SIMS Guide for the “CRANES /DERRICKS” industry becomes the guiding light. Designed and drafted as an impressive two-part guide, SIMS accepted the challenge of providing clarity to the most… Since its creation, the Jeep has been bred for the outdoors. The best way to enjoy the Jeep experience is to have it optimized for an open-air ride. However, an open-air configuration is not ideal in every situation. Inclement weather, for example, requires a Jeep to have a cover. For most…

Gloves in Arc Flash: A Big Change in NFPA 70E

Sam (the name has been changed) worked for an electric utility. He was working near energized equipment and wearing arc flash gear as he cleaned up oil from a transformer. Because the oil might contain PCBs, Sam was wearing nitrile gloves for their chemical resistance. The main hazard, in his mind, was the possible PCBs.

When the arc occurred, Sam broke no work rules. But because his hands were burned, the utility wanted to know whether it could have provided a more adequate glove for…

This is someone's LIFEline!!! Inspect before, during, and everytime you get a chance. 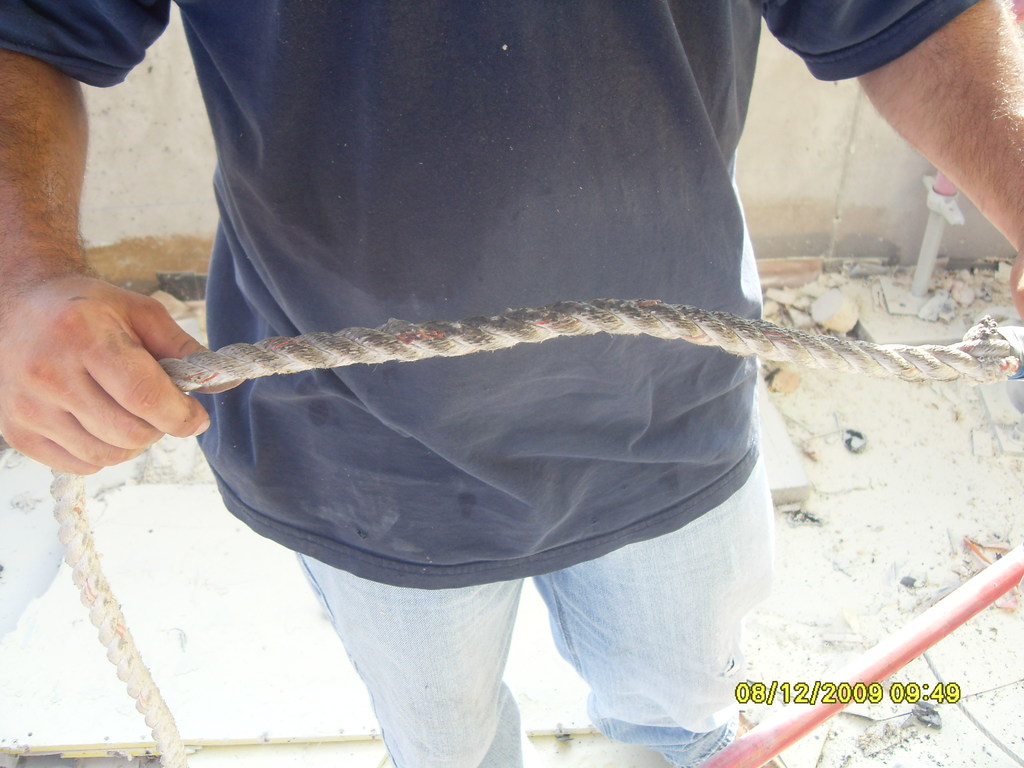 Cut-resistant Gloves: A Cut Above

It sounds simple: provide your workers with gloves that will protect their hands from cuts.

In reality, however, it may be a little more complicated. Cut-resistant gloves must be comfortable to wear, thin enough to give workers tactile control, and versatile to protect against other hazards. And, with today's superior technology and range of options, workers can have it all.

In a recent article in EHS Today, glove manufacturers and experts share their insight into…

Overestimating your hand protection's performance capabilities can have dangerous consequences.

Safety personnel and workers spend time analyzing after accidents happen -but what about the near misses? Just because there is no recordable injury doesn't mean there isn't a chance to learn and re-evaluate potential hazards and the protection provided by current safety equipment.

These Meme's are brought to you by Easy Safety School - a national provider of online and on-site OSHA training. Stay Safe!… 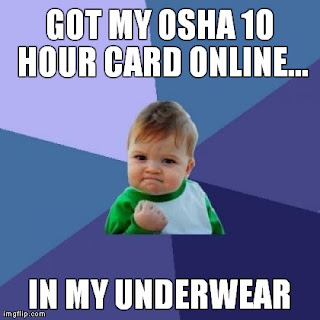 Certificate Programs through the ASSE

Don't pass up the opprotunity to enhance your safety credentials by attending the ASSE's Certificate Programs in Safety Management and Executive Safety Management. For more information click on the link below or copy and paste it in your browser.

The SUF-X-Rule! Sounds more like a Steven Spielberg movie doesn't it. Well, I don't want to burst your bubble but it's not. It is a unique newly-formatted process imbedded into the SIMS Guide that provides a greater understanding of the OSHA compliance standards through the aid of an "Advisory".  It has been carefully designed to aid the SIMS Guide user in not only complying with current regulations but also act as a interactive educational field guide.

NEW YORK — Wokers building the signature tower at the World Trade Center site are being protected by a state-of-the-art “cocoon,” designed to keep them — and anything else — from falling off.

About the CourseJoin this FREE webinar if you are anyone from below:You are a beginner or a fresher who is aspiring to make a dream career in the field of Data Science.You want to learn what you need to do to get a job as a data scientist.You have no prior experience and want to get started with Data Science.You are not sure if you have the right skillset to make it big in the field of Data Science.You want to know top mistakes to avoid and gain edge on your competition.You are looking to gain…See More
1 hour ago
0 Comments

Australian citizens and permanent residents may apply for a Partner Visa to sponsor their partners. Partner visas are available to couples who are engaged to be married, who are married, or who have been living together in a relationship for at least 12 months. A partner visa offers a path to permanently settle in Australia for their wife or husband, or even same-sex. Many conditions that extend beyond holding a marriage certificate must be met to qualify for a partner visa. One of the most…See More
1 hour ago
0 Comments

~#~UGANDA JOIN ILLUMINATI NEW ORDER 666 IN UGANDA+27660432483, want to use this medium to testify of his good work in my life…i was strangely struggling in other for me to earn a dime for a living……Continue