Safer by FARR: Don't Overdo It!

Overexertion is a very common cause of painful and disabling injuries—and what's especially distressing about overexertion injuries is that they are so easily avoided. That's where you come in. Train your workers on the dangers of overexertion and ways to prevent it. Begin by reminding employees that it is particularly important to avoid overexertion if there is a history of heart disease in their family or if they are advancing in age, overweight, or unaccustomed to prolonged physical…

OSHA wants to make significant changes to its injury reporting regulations. One involves which companies have to report. The other involves the situations that have to be reported.

Many workers in the United States have doubts about the credibility of online safety training - OSHA 10.  In this blog entry we shall evaluate the pros and cons of online training vs. on-site training.  Is our reluctance to trust online training…

Workers at a major aluminum company’s manufacturing facility have experienced zero recordable cut injuries since implementing new hand protection initiatives and converting to Ansell protective gloves. The company operates one of the largest aluminum mills in the world.

Keep It In Neutral!

Neutral posture = good posture and is an essential part of ergonomics, which is the study of fitting jobs to the people who perform them. Train your employees to achieve and…

June 16 - September 15, 2011 will be a phase-in period for their new residential fall protection directive where they will not issue citations if the employer is compliant with older directive (STD 03-00-001). “Hazard Alert Letters” which suggest feasible methods to become compliant will be issued during this period for companies failing to abide by OSHA's new safety directive and during subsequent inspections, if…

What's in the air now? Analysis of ppb levels of photochemical smog components in air using a portable analyzer

The Chemistry of Industrial Hygiene Instrumentation 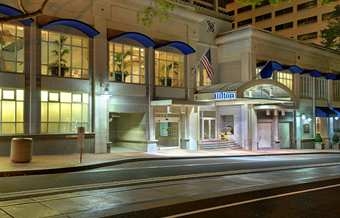 EasySafetySchool.com started as an on-site OSHA Outreach Training Provider for the Southern California Area. We specialize in the OSHA 10, and 30 Hour OSHA Training. We are now one…

This is reposted from an article written by Daryn Lewellyn for EHS Today, May 1st 2011.

Any safety training program, regardless of the hazard, needs to influence and change worker behaviors in order to prevent injuries. It must impact trainees to the degree that they buy into the new safe work practices. In other words, it needs to make a difference.

Nice job Wade!  As a former MSHA inspector and hearing about OSHA in the last 15 years, I could not have convayed my feelings any more precise than that!  I have been involved in some investigations that led U.S. Marshalls aresting a foreman and and mine operator for "Reckless Disregard for a fatality, both going to Federal Prison for there lack of regard for life of there employees!  Man!  You talk about "slapping" the mining community in that area!  Once the word got around, it was…

The omissions of combustible dust fire and explosion hazards from the May 19, 2011 OSHA National Emphasis Program – Primary Metal Industries may prove to be a costly error in terms of future fatalities and injuries in the workplace. http://www.osha.gov/OshDoc/Directive_pdf/CPL_03-00-013.pdf…

Managers and supervisors often don’t know or have forgotten how hard it is to incorporate safe work practices into the job. Sure, it’s easy for a manager or supervisor to put on a hard hat, safety glasses, and ear protection. But what about the workers who have to deal with fall protection, working around heavy equipment, working in tight spaces in tunnels and confined spaces? Sometimes working safe can be downright… Continue

How many articles do I read every day that OSHA is fining some big name industry, to what end. That’s like you or I getting a parking ticket. Put the paltry payment in the quick pay envelope and never worry about it again, or don’t pay the fine and the city or county will take the next ten years to track you down, if they do at all. The case goes to court and OSHA backs down like a cowering pup. I was once part of the big name industry and went through a double handful of OSHA inspections. The… Continue


Huffington Post reported two weeks before the Foxconn China dust explosion of combustible aluminum dust hazards. Yet no one questioned or commented on the media account. Then a week before the explosion, the International Metalworkers Federation (IMF) reported to it's 25 million…

Choosing the Best Auto Electrical Services Pakuranga for your Vehicle

Every auto electrical & mechanical services have their objectives and maintain the life of your vehicle. What's more, there focuses individually stays on to accomplish your motor vehicle life. At the point when you are in search of quality, you will be best put in the result that you work with specialists who guarantee you quality. Also, they who will assist you with producing the correct push towards accomplishing your set destinations. As an organisation, you should just work with just…See More
20 hours ago
0 Comments

World of warcraft is an amazing online video game. It is one of the highly played and liked gameplay by people. Wow is designed with incredible features which makes the gameplay much more interesting and exciting. The missions of the game are not easily completed by anyone so wow gold is introduced by gaming industry.
21 hours ago
0 Comments

If your outlook data corrupted which is a part of the Ms Office Suit commonly use as an email application. It includes some email items like calendar, tasks, contact and other items. You may use any…Continue

Started by colin munro. Last reply by treykelly 23 hours ago.

How to convert NSF data files to Outlook PST 7 Replies

Do you know how Exchange server is important for Exchange user? You get know by reading this articleThis article will give you the brief idea of how…Continue