Fencing at construction sites is necessary since it keeps both workers and the general public safe from mishaps on site. If there aren’t any clear boundaries marking off a zone, anyone can wander in and get seriously hurt. With the right precautions in place you can avoid costly lawsuits, fines, deaths and stress. 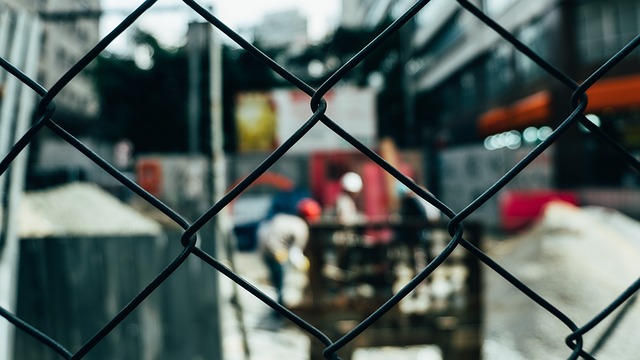 Unfortunately, construction site accidents due to lack of proper fencing are all too common. Even though most states have very specific safety laws in place which are easy to follow, that doesn’t mean everyone follows through with them. Many contractors don’t take them seriously enough to have fences erected that are not only visible, but also sturdy enough to deter trespassers.

Case in point is a tragic incident involving an elderly dementia patient who wandered into a construction site without anyone noticing. Tragically, he fell into one of several gaps in the boundary which was not closed off with fencing. He fell into a trench that was flooded with water and drowned.

His death could have been prevented if the construction company had installed a fence that went around the site. In fact, since the site was near a playground, children could have died as well.

Besides keeping unwary trespassers at bay, a construction site fence also creates a boundary that keeps the general public from getting anywhere close to a site. For example in 2012, an 18 year old was struck by a dump truck that was exiting a site while he was on the way home from school on his bike. If the site was reinforced by a boundary fence he would not have ventured as near and lost his leg.

Construction fences are multipurpose in that they keep the general public away from a site and prevent them from getting injured outside it as well. However, they can also be used to advertise the site for future tenants and investors who may want to invest in some real estate in the future.

The bottom line is irrespective of how else it is used, the main aim should be to keep people safe. For that to happen contractors have to ensure that they are erected before work starts. Since regulations will differ from site to site, they also need to determine which regulations apply before commencing operations.

Whether you are a site foreman, safety director, site supervisor or contractor, construction site safety should be your first priority before a project starts. 30 Hour Construction Safety Certification course is designed to offer comprehensive instruction on the industry and the safety standards that should be followed.

According to OSHA safety training should be followed with occupational health and safety courses for workers who are covered by its standards. All workers need to have additional training that covers specific hazards that are common in a construction site and how to remain safe around them.

Started by Chatillongalen 39 minutes ago.

Started by Chatillongalen 40 minutes ago.

The MBOX to PST converter software is an easy solution that allows you to convert MBOX files to PST format with complete precision. It provides accurate and fast results for the successful conversion…Continue

Started by kevinjones 47 minutes ago.

There are various tools available for the Convert Thunderbird file into PST format. Here I would like to recommend one more reliable tool users named Thunderbird to PST Converter which easily switch…Continue

Started by kevinjones 1 hour ago.