What do the metric system and European pictorial Exit Signs have in common?

...neither will likely be used by the United States although they're used by most of the world. In an
article by Julia Turner, the US is nearly alone in its use of red-lettered Exit signs, just as we're alone in using miles instead of kilometers. The rest of the world uses the "running man", a pictorial sign showing a man running through a door - in green - the international color meaning "go", and in this case GO NOW! Tuner says, "In most places in the United States, its safe to assume people speak English...our sign systems have typically communicated in text. Europe, by contrast, developed symbolic road signs...On a continent where you can't drive more than a few hours before encountering a new language, the pictorial approach made sense."

The red Exit sign was developed in 1911 after a fire in a garment warehouse killed 146 workers because exit doors were bolted shut but also not clearly marked. Although the US began adopting pictograms on a smaller scale in 1974, the Exit sign remained in text. The current "running man" sign was created by a Japanese designer named Yukio Ota, whose design beat out a very similar design by a Soviet designer. Neither knew the other design was a man running through a door, meaning the rest of the world was already thinking in pictorials. Turner interviewed a prominent member of the NFPA who says the National Fire Protection Association sees no need to change the red lettered Exit sign used in the United States. Although we may never switch from text to pictogram exclusively, some areas are requiring both signs to be posted. New York City changed its building codes for high rises in 2006 to include the "running man" on all fire doors.
Luckily for Emedco customers, we offer both the standard, familiar text Exit Sign, and the widely accepted
"running man" pictogram sign. It's my opinion that until the green "running man" is more widely accepted in the United States, you should stick to NFPA's guidelines and place red-lettered text Exit signs in your facility. But, who knows - maybe labeling your exit doors with the green man will start the trend that gets him racing across our country. 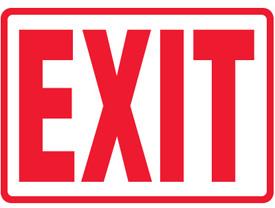 Where to buy Nike Kyrie 6 Asia

Nike Kyrie 6 Asia Basketball and Kyrie Irving is releasing a Kyrie 6 as a tribute to his sister, Asia Irving. In addition we have Mint Green used on the liner, Swoosh is applied to the lateral and outsole, Purple laces while Kyrie’s logo is done in Pink on the tongue to finish the look. Looking closer this Nike Kyrie 6 features a Black and Grey camouflage like print across the toe and around where it has ‘Asia’ embroidered on the medial side.Recently…See More
5 minutes ago
0 Comments

Knowing how to choose your gemstone

You can choose a stone based on many factors. Some factors can be color, shape, weight, purity, etc.1 -Your colourColour is one of the most important aspects of gems, so this often results in the choice of a gemstone.Some Burmese rubies are described as: "Dove Blood," this exceptional red colour is very precise in the eye of the specialist but has nothing to do with the colour of the animal's blood. It is for all precious stones, the colour is paramount and can define certain provenances:…See More
1 hour ago
0 Comments

How to Split PDF document?

For Splitting PDF Documents easily, you can use the Split PDF Tool With this tool you can easily split…Continue

Started by Max 2 hours ago.

To remove duplicates from MBOX files, you can use this MBOX Duplicate Remover which easily removes…Continue

Started by Max 2 hours ago.

Started by stoniolores. Last reply by Kevin Colin 2 hours ago.

How to export all contacts from CSV to VCF? 1 Reply

Is there any manual method available to Export CSV to VcardContinue

Started by olliealex. Last reply by finley 3 hours ago.

Whether it is hard or easy, you have to finish your assignment before the last date of submission. Your bag is full of many books related to different subjects and these subjects make your study more…Continue